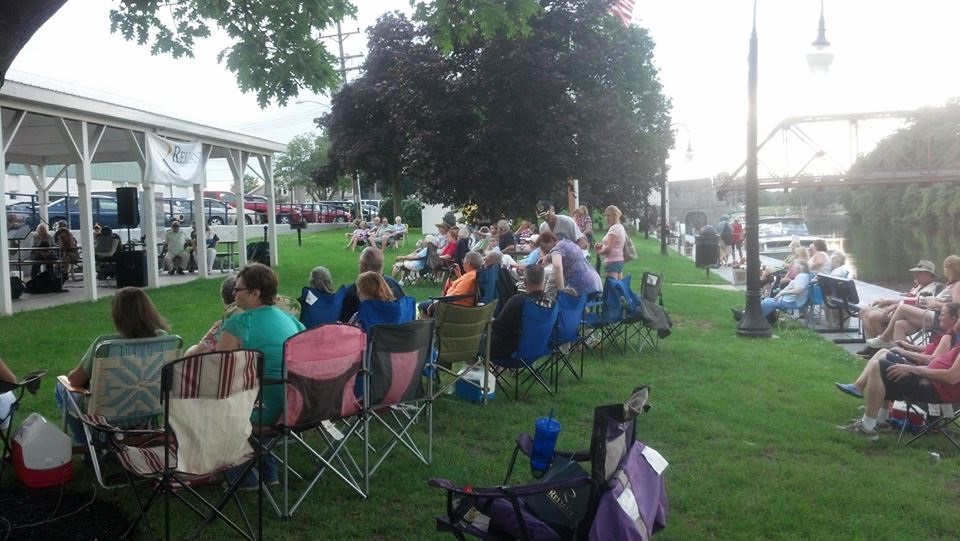 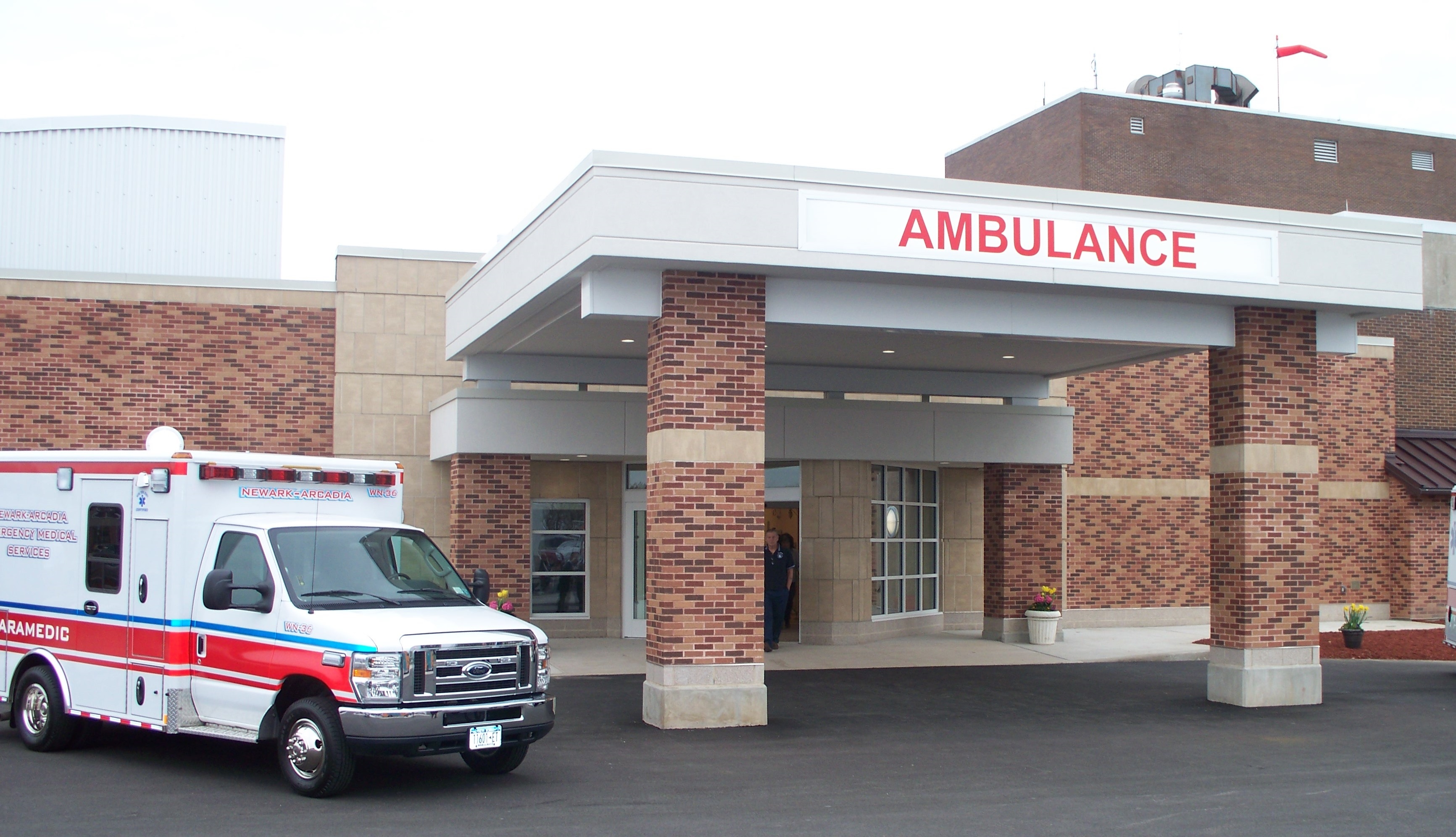 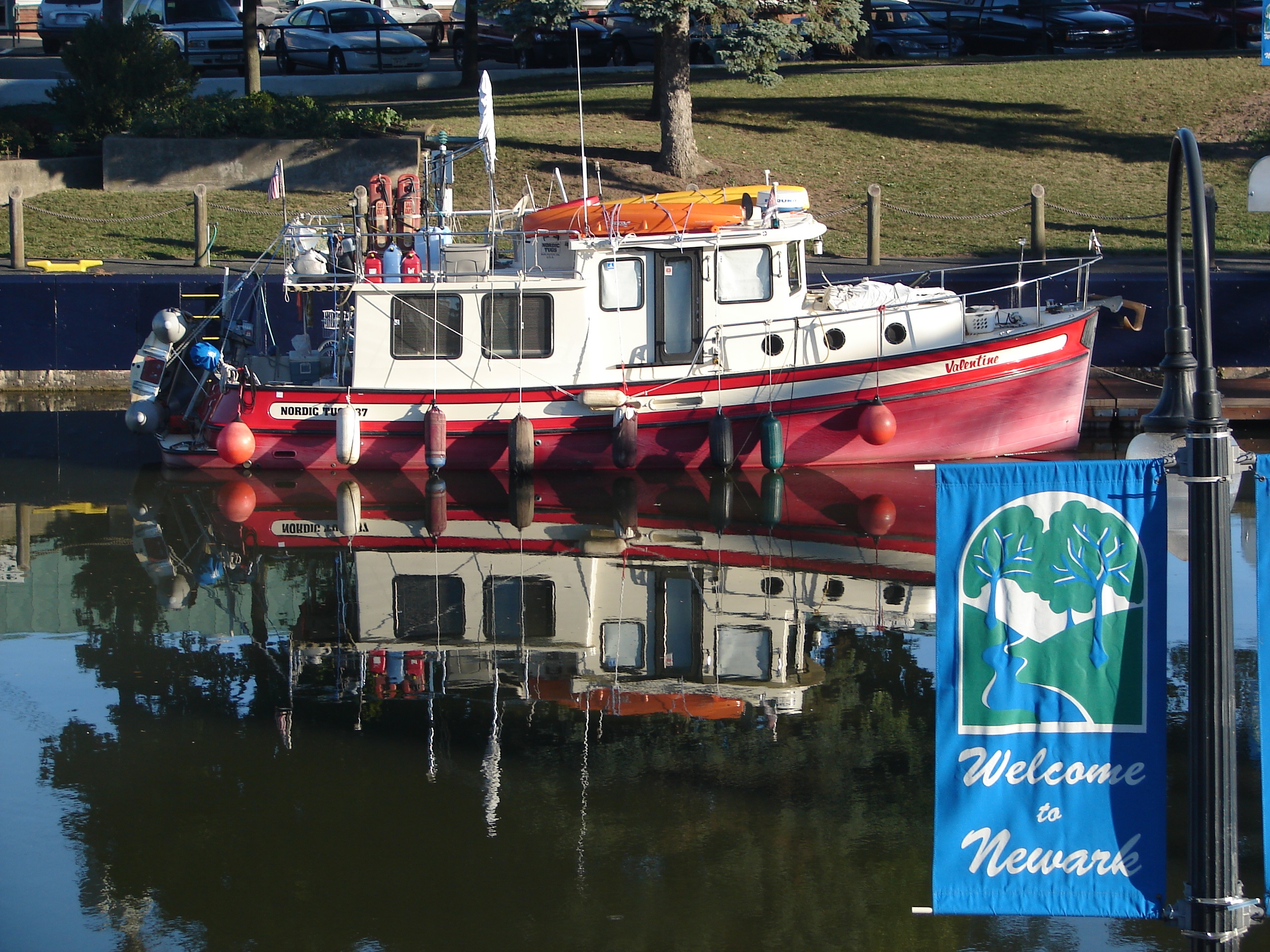 Newark, New York, located in the Town of Arcadia was founded in 1819 and incorporated on July 21, 1853.  The Village celebrated its Sesquicentennial in 2003.  Early settlement in the Upstate New York area began in the 1790s but the survival and development of the present village can be directly attributed to the “digging of a ditch”.  That ditch would become the Erie Canal and had it not been for the “crazy idea” of NY

Newark was originally called Miller’s Basin named after Captain Joseph Miller who was contracted to build one and one fourth miles of the Erie Canal through the forests and wetlands so prevalent in the area.  Captain Miller purchased 102.5 acres of land from the Lusk family. (The Lusks were very early settlers in the area having arrived by the Ganargua River and establishing residence not far from the site of the famous rappings heard by the Fox sisters.)  Captain Miller had his newly acquired land plotted off into streets and lots and built a small house for his family.  The influx of workmen and their families that arrived to dig the ditch took up residence on the Miller land and, appropriately at the time, the little community was named Miller’s Basin in 1819.  A similar scenario was taking place about one mile east of Miller’s Basin where another canal created hamlet was formed and named Lockville.

The construction of the Erie Canal took eight long years to complete and on October 26, 1825, the canal towns of Miller’s Basin and Lockville celebrated the “Wedding of the Waters” and the Grand Opening of the Erie Canal.  From Buffalo to New York City huge cannons resounded the opening; in a mere eighty one minutes the cannon to cannon relay reached New York City. The ditch had been dug, the work was done and the majority of workers chose to remain in Miller’s Basin and Lockville.  They sought other employment opportunities which within a year became plentiful in the area.  The opening of the canal and the New York Central railroad nearby literally put shipping in the backyard of these hamlets and industry began to flourish.  That crazy ditch lovingly thanked is workers by providing continued employment for them for decades to come.  Life was good, jobs were plentiful, and even farmers from the NYC area began to migrate to this Upstate area which boasted of rich soil and plentiful harvests.  In 1853, the communities of Newark, formerly called Miller’s Basin and Lockville merged to become the present Newark, New York.

Newark’s early industry centered on agriculture as the growing of fruit trees and berry bushes were made available by direct sale to customers.  The C.W. Stuart Nursery which began in 1864 evolved into one of the largest and most diverse direct selling enterprises in the country.  Following closely in its footsteps were Jackson and Perkins the “World’s Largest Rose Growers”, Comstock Foods, Bloomer Bros. Paper Co., The Mora Car Company, Hallagan Manufacturing, Sarah Coventry, and others.  These early industries put Newark, New York State on the Map and today the humble canal town remains the geographic and economic shopping center of Wayne County.

The Newark Arcadia Historical Society and Museum has an extensive collection of Newark’s historical artifacts and photos.